Stuck or unstuck in the UNEXPECTED - That is the Question 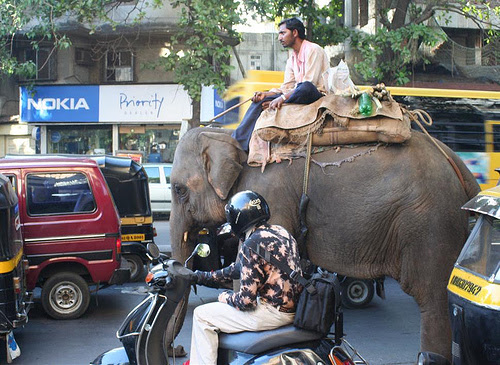 Stepping into the UNEXPECTED learning from within.

Often we have the notion that we can plan everything in advance and then -like lightning- it strucks us when things turn into another direction, meetings go sour, our boss isn't listening, the clients refuses to take our offer.

What do you prefer in such situations? How do you tackle the UNEXPECTED?
Gepostet by RalfLippold unter 4:46 PM No comments:

before and while doing so learn to help client

organizations for sustainably coping with com-
plex and dynamic challenges?

Team Academy in Jyväskylä has a similar slogan
"...learn some marketing on the way".

If you are interested to join the learning community,
then send me a note stating answers to the following:

See you around if the above appeals to you.

PS.: The base will be Dresden and yet there is already a net-
work of Team Academies, Team Factories, in Spain, Nether-
lands, France, Finland (the starting point 16 years ago).

Please give me a notice if you would like to join, even though
you are not based in Dresden - we will make the undoable reality

Reframing the problem in order to make the change

An hour ago I had an inspiring conversation with a professor at the HTW Dresden (FH), there I have studied Business Administration some 12 years ago, on how get an team entrepreneurial project (Team Academy Dresden) going.

It quickly became obvious that changing in the present system makes it necessary to get the interest of larger bodies of people. Acting on the project idea, it is rather easy to find like-minded people, who are on the same or similar thinking track.

What this phase is lacking is the spreading the idea into the outer world where people think in traditional ways (not to say that they are bad, just different!).

Stepping with a new and innovative idea makes the feel uneasy because the newness obviously shakes present things and makes the former stability people feel in the present system decrease. This will end in forces that are against any change (that comes from the outside, by the changers).

So doing something present better seems natural, and yet this will bring up major forces that will hinder the change.

It is like a new company in a present market, that steps in with a new product. The other agents (companies) wouldn't like to see a newcomer coming into their turf and there will be quite some feedback (lower prices, different strategy, etc.).

Just imagine reframing the problem of potential clients, focus on a market that hasn't been covered yet due to high transaction costs, low networks, ....

Reframing the problem through challenging the assumptions presently on the table - how does that change our actions in life?
Gepostet by RalfLippold unter 10:57 AM No comments: