Mornings - time of stillness, to think

This morning, with rising sun and snow on roofs, stumbled across a rather old piece of writing of
myself. A  bit more than a year ago I reflected on some questions Otto Scharmer had asked earlier.

One would say, not much has happened since.

Quite a lot has actually happened, sometimes subtle and emerging over time. In September last year the CoOrpheum (the first coworking space in Dresden was not yet an issue. The study on the culture and creative industries in Dresden had not been started yet. Meeting Markus Stegfellner from the Realexperiment Sinnvoll Wirtschaften in September this year, doing a WalkToTalk through the Großer Garten in Dresden. Working on bringing the "dots together" of the past has emerged into the WikiWall. Getting to know more about the Semperoper (due to a "storm in the net").

Today at 1st advent it is time to reflect what has happened over the span of the past year. A lot, sometimes I have the feeling it may be too much and clear to be seen by others, especially the value it has brought into the conversation.

Holding the tension is rather tiring even though this has been my philosophy in life to create the containers or -better said- social fields where others can act in following their own personal strengths, goals, and visions.

A sunny advent to all

Following OttoScharmer a professor of MIT Sloan School of Management for some two years now. The initial spark to get interested was buying the book Presence during the System Dynamics Conference 2007 in Boston. Form the first page it hit me like a striking bold - it resembled my own life. A year earlier I attended a workshop, sponsored by BMW, to grow my personality (quite a still thinker not as outgoing and furiously fighting for my points - so my boss back then thought), and had come back from the year earlier SD Conference. This caused me to tell my life story (which was done by every participant of the workshop) in causal loops - which I must admit looked messy, or at least not linear!

Isn't it that new things often emerge out of chaos? Where nothing is the same as yesterday and surprises interchange?

2002 the sheer chaos overcame Dresden when the waters of the River Elbe spread across it. New connections, friendships, ways of seeing the things emerged. The physical help back then was the main driver for change, the use of Web 2.0 was not yet really up, only rough databases run over a web interface enabled the helpers and help seekers to communicate.

Eight years have passed now. It was 2008 when I sensed that something profound was boiling under the surface of this area of Germany. Some events, like the closing of the Henkel plant in Genthin, some German car manufactures got in trouble (and with them their suppliers), in a way were the first signs of something bigger emerging.

Again it became quite obvious that everything is coupled with everything and the people, US, are just entrenched in the middle. Because of the pressure and urge to earn a living we often don't have a chance to see the larger picture. The result was that the old and formerly successful strategies for the organizations to get out of trouble re-surfaced in 2009. Cutting personal, close their channels to the public and customers to a minimum, only to work on what their leaders on the C-levels perceived perhaps as the one and only cure.

However in eight years quite a lot has happened and the social net, also embedded in the Web 2.0, plays a more relevant role than ever in the growing interconnectivity. Today it is no problem to chat with somebody from South Africa, and in the meantime get Facebook messages from friends in Italy or Australia.

Whilst the business organizations are still struggling to keep their problem solving knowledge to themselves initiatives like CoWorking, DesignThinking, PresencingInstitute, TeamAcademy, or LockSchuppen, CoOrpheum, NeonWorx (the three latter ones from Dresden), and more are springing up all across the globe. Their aim is to make the ground fertile to enable the large-scale shift of how we will live and work tomorrow.

Something however is different here in the city, which has a rich heritage of culture and industry alike. Bombed and burned to the bone in the last days of the war 1945, they city's collective memory is still focusing on the days that most of us haven't seen and experienced personally. Could it be that this is has a major impact on keeping just in a more or less "closed circle" and seeing inwards?

I guess not, even though the change is small and during my study time of economics you would call this "weak signs".

Looking deeper there happen things that no one would have seen a year ago. The director of the University of Leipzig for example will be for the first time a woman and here in Dresden the first intendant of the Saxonian Opera Semperoper is for the first time, after several hundred years of male dominance on the top, also a woman, Dr. UlrikeHessler.

Not only the outfit on the website has changed for Semperoper but their various ensembles are moving into a space where lots of other organizations don't dare to step in. On Facebook the SemperBallett and the JungeSzene are moving into the sphere that is not common for artists. It is great to see the flourishing conversations, and upcoming dialogue on their fanpages.

Congratulations to the whole team and a courageous leader on top who was willing to step into new areas of doing - Dr. UlrikeHessler !!!

May it be the starting point for something bigger that is piling up in the beautiful city of Dresden? I am quite positive especially as I get some surprising events concerning my own vision about the place where I now live again :-)

So long and just think next time when you get a tweet or Facebook invite from somebody you may have not even seen or talked to, take the present of surprise for granted and be happy :-)

Cheers, and so thankful for my "Australian Sparks" (Marigo, whom I know already through meeting twice by syncronicity in Boston, and Valda whose tweet on the OpenDay at Semperoper after enjoying the ballet team in the training room for quite some while has initiated my own action)

PS.: It all started with a furious discussion about the new website design of the Semperoper - and as always this kind of action and energy driven into it made me curious to understand the underlying currents and mental models.
Gepostet by RalfLippold unter 1:03 PM No comments: 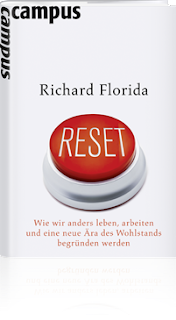 Inner Voice Cutting from the Edge

Over the past two days, really amazing things happened in Dresden. One of which was the ballet performance "The Inner Voice". Jiří Bubeníček (back at the time Principal Dancer at the Sermperoper Ballett) decided to build the story around a sculpture of AugusteRodin, and to use the open space interior of the Albertinum to allow the flow of action, thought, and reflection. That opened up fully new and unexpected views - for the audience and dancers, musicians alike

Impressions of the days. The video of the performance can be found here (timeless).

Besides the focus on the art itself, ballet is always a form of showing great leadership. Especially in the context, where the audience is almost sitting on your lap and standing somewhat in the way, there emerges free a floating of action just drawn by "The Inner Voice". Adaption to moving surrounding (the audience), with just a few fix points. Amazing in which brilliant way all the participants of the performance played up to their highest possibilities.

Wondering in thought through the three performances over the weekend I followed the following short speech of ViktorFrankl has come up in my mind. I wonder what role our "inner voice" plays in finding our very personal "search of meaning" in life.

Gepostet by RalfLippold unter 11:24 AM No comments: